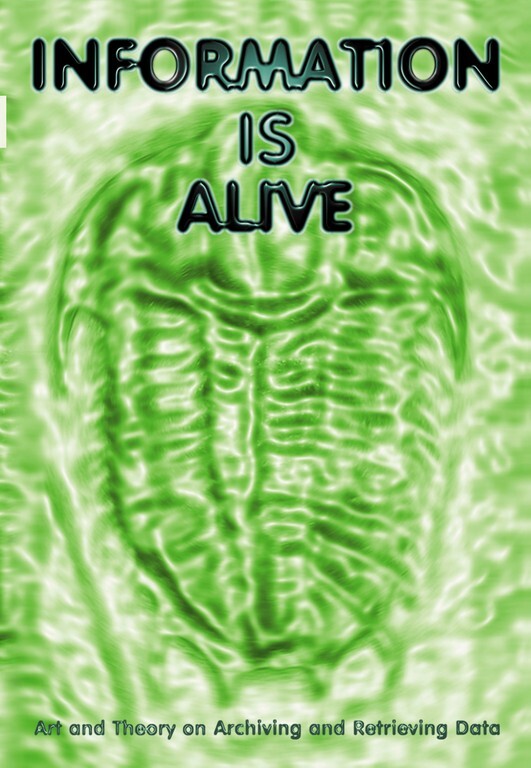 " Collection of essays from all kinds of disciplines that study archives in a paleontological, cultural, political, sociological, historical, neurological or artistic context. "

" INFORMATION IS ALIVE
Joke Brouwer and Arjen Mulder
Since the dawn of recorded history, social and cultural memory have been organized in two ways: either in a material form (tablets, books, objects) or as immaterial ‘information’ (personal memories, collective stories, songs, dances, rituals, celebrations, games). Ever since the invention of writing, the logic of material memory-systems, such as historical archives and administrative records, has prevailed. These archives were ordered linearly – either hierarchically or through a grid – and were aimed at control – both of the recorded items and of the people and processes that these recorded items stood for. Next to these stiff and stable archives there have always been flexible and unstable archives of what one can call ‘immaterial information' that followed a different rationality – the labyrinthine, fuzzy logic of oral culture, that is, a culture without written records. Stories change when told, and they keep changing as long as they are told, just as with personal memories. Songs and dances are rather stable, but allow for personal interpretations also. [...] "